Write an Essay on Wildlife Conservation 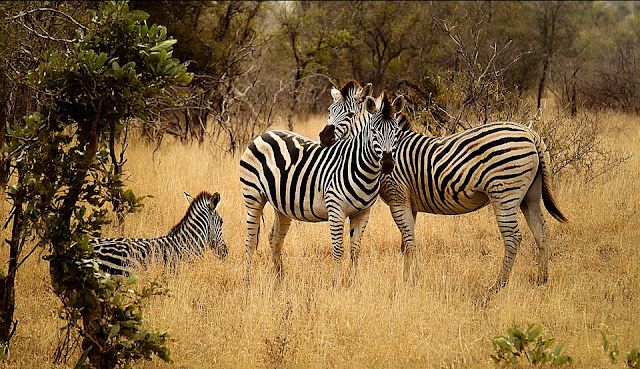 Wildlife Conservation includes all human efforts to preserve wild animals from extinction. It involves the protection and wise management of wild species and their environment. Some species have become extinct due to natural causes, but the greatest danger to wildlife results from human activities. Thus, we ourselves have created this need for wildlife conservation. The progress of man throughout has been beneficial for the human race but it is the wildlife that has suffered through the years. Hunting, clearing of forests, draining of swamps and the industrial revolution have vastly reduced the natural habitats of our wildlife and many species are endangered or nearly extinct.

Now a question-why should we be careful about disappearing animals? The answer to such a question can be attributed to many reasons. Some of them are as follows:

Survival value : Every species plays an important role in maintaining an ecological bDalai among the living systems of the earth. These systems must continue to function u Survive. Loss of any species threatenes the survival of several species inclusive ot mai disturbs the food chains in which these animals occur resulting in undesirable consequences for the whole ecosystem.

Scientific value: The study of wildlife provides valuable knowledge about life processes which has helped scientists understand the functioning and behaviour of the human body. Scientists have also gained medical knowledge and discovered important medical products by studying wildlife. By studying the effects of environmental pollution on wildlife it is p possible to learn how pollution affects human life.

Economic value: Wild species of animals provide meat for food and skin for fur. The financial value of wild species is of major importance in the economy of many nations.

Beauty: Wildlife includes a diversity of species that contributes in a special way to the beauty of nature. Such beauty enriches life and increases the enjoyment of camping and outdoor recreation. Wildlife represents the result ot many years of evolution and constitutes an environmental heritage to the past, a world which once surrounded our ancestors. Apart  from the aesthetical or ethical reasons, there are also educational arguments to preserve  wildlife.

Reasons for dwindling: Man in his zeal for progress fails to realize that his own existence is being jeopardised. “Civilization”, as we apply the term, is not just cities, industrial developments, miles of highways, enormous airfields and numerous other technological conveniences. By destroying wildlife for civilization and culture, we are only negating the meaning of the words. The decision of conservation is in our hands and man seems to be going in the right direction regarding this decision that holds the key to the future of our most valuable natural resource.

Governments of several nations have passed laws and set aside national parks, sanctuaries and other wildlife reserves in an effort to save the dwindling wildlife. Such efforts have saved several species from becoming extinct. However, these efforts have to increase several told, at least about three fourths of the species threatened with extinction can be redeemed.