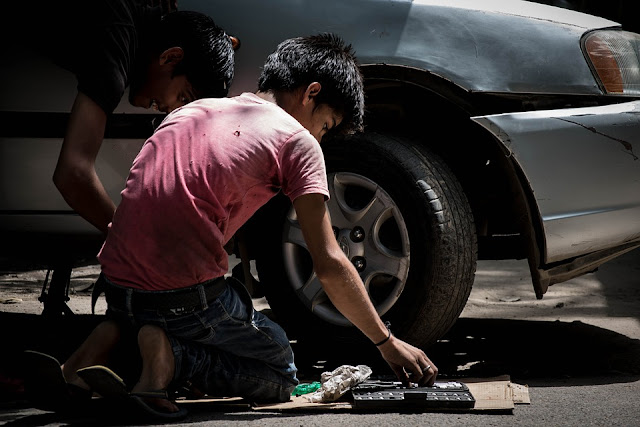 India is stepped in by many problems. Some of them are unemployment, Poverty problem, population problems, safe drinking water, shortge of housing problem and so on Rut another serious problem is the problem of child labour. It is undoubtedly a socio-economic problem. The children below eighteen are largely appointed in hotels, boarding houses, restaurants, tea-shops, factories, and fisheries. They are engaged in all sorts of work for earning something for their poor families. In failing to fit they are also deprived of even primary education. So they can not succeed in life. These children are unfortunate as they are forced to take up jobs for food. They are also engaged in tending cows. Sometimes they are engaged in richman’s houses as servants. Girl children have to act as maid-servants and baby-sitters. They cook and sweep dirt, wash clothing and collect fuel. It is reported that children are sold to Arab countries for camel race. The rich Arabian Lords employ them to get amusements. In European countries employment of children in any farm is strictly prohibited. They are also found in the circus party. This inhuman trade can not be stopped unless a severe punishment is imposed on child labour. Compulsory primary education would be of much use in this regard. But the parents will not be in favour of this education, because they fear from loss of income. It is also heard that innocent children are made handicapped, lame, blind and forced to begging. This problem can not be removed unless their parents are conscious of their children. The wage of children if far less than that of adults. This is also Spreading in many countries like Bangladesh, Sri Lanka, Nepal, etc. This is a curse in our society.

In India there are about oné hundred million child labourers different trades. They are engaged in different trades. Their parents can not properly bring up their children. So they are bound to send to earn their livelihood. This social curse can not be abolished easily. I think it may be abolished by arranging financial help to poor families. They should also be arranged for free education and treatment. Otherwise, the problem of child labour will remain rampant everywhere.