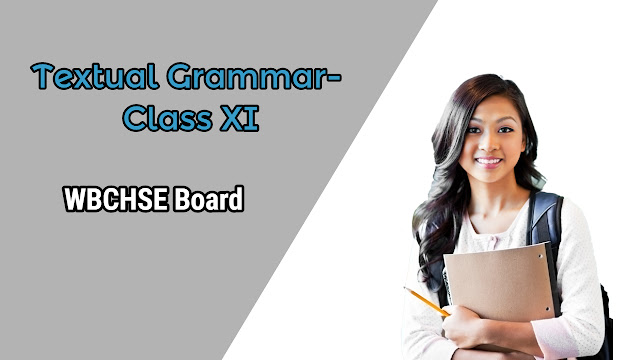 1. Don’t send him away.
Ans: Let him not be sent away.
da was given two meals a day and four rupees a nou
oIhey gave Sidda two meals a day and four rupees a O
3. His company made her supremely happy
Ans: She was made supremely happy by his company
4. Now throw the ball into the sky.
Ans: Now let the ball be thrown into the sky.
5. Now this has touched the moon.
Ans: Now the moon has been touched by this.
6. Leela keenly examined the ball for traces of the moon.
Ans: The ball was keenly examined by Leela for traces of the moon.
7. He covered the ball tightly with his fingers.
Ans: The ball was covered tightly by him with his fingers.
8. He allowed her to peep through a little gap.
Ans: She was allowed by her to peep through a little gap.
9. Can we touch the sky ?
Ans: Can the sky be touched by us ?
10. I will show you something nice.
Ans: You will be shown something nice by me.
11. He took her to the backyard.
Ans: She was taken by him to the backyard.
12. I have asked it to follow us about.
Ans: It has been asked by me to follow us about
13. She knew two of three letters of the alphabet.
Ans: Two or three letters of the alphabet were known to her.
14. She could draw a kind of cat or crow.
Ans : A kind of cat or crow could be drawn by her. daoe
15. You are always abusing and worrying Sidda.
Ans : Sidda is always being abused and worried by you.
16. The thought of Sidda made her panicky.
Ans: She was made panicky by the thought of Sidda.
17. Leela made a noise of deprecation.
Ans A noise of deprecation was made by Leela.
18. They will pick him up very soon.
Ans: He will be picked up by them very soon.
19. A police inspector and a constable brought in Sidda.
Ans: Sidda was brought in by a police inspector and a constable.
20. Leave him alone.
Ans: Let him be left alone.
21. He hasn’t taken the chain.
Ans: The chain hasn’t been taken by him.
22. Mr. Sivasanker carried Leela back into the house.
Ans Leela was carried back into the house by Mr. Sivasanker.
23. She washed off coating of tamarind on it.
Ans: The coating of tamarind on it was washed off by her.
24. Did you put it in ?
Ans: Was it put in by you ?
25. She must have dropped it into the pot sometime.
Ans: It must have been dropped into the pot sometime by her.
26. We couldn’t have kept a criminal like him in the house.
Ans: A criminal like him couldn’t have been kept in the house by us.

C. Change the Mode of Narration:

1. “Sir, do you want a servant ?” Sida asked.
Ans: Addressing Mr. Sivasanker as Sir, Sidda asked him if he wanted a servant.
2. “Where were you before ? he asked.
Ans: He asked where he (Sidda) had been before.
3. “They left the town, master,” Sidda said.
Ans: Addressing Mr. Sivasanker as ‘master’ Sidda said that they had left the town.
4. And then she said, “Now throw the ball into the sky.”
Ans: And then she said (to Sidda) to throw the ball into the sky then.
5. “Have you done it ?” asked Leela.
Ans: Leela asked if he (Sidda) had done it.
6. She said, examining his effort, “Is this how I have drawn the cow?
Ans: Examining his effort, she asked (Sidda) if that was how she had drawn the cow.
7. “Tell me a story, Mother,” Leela said.
Ans: Leela entreated her mother to tell her a story.
8. “Can’t you tell the story of the elephant ?” Leela asked.
Ans: Leela asked (her mother) if she could not tell her the story of the elephant.
9. Leela said, “Sidda is gone because he wouldn’t be allowed to sleep inside the house just as we do.”
Ans: Leela said that Sidda was gone because he would not be allowed to sleep inside the house just as they did.
10. “Don’t go near him”, the inspector said, stopping her.
Ans: Stopping her, the inspector told not to go near him.
11. “Why did you run away without telling us ?” asked Leela’s mother.
Ans: Leela’s mother asked why he had run away without telling them.
12. The inspector said to the constable, “Take him to the station.”
Ans: The inspector told the constable to take him to the station.
13. Leela ran behind them crying, “Don’t take him. Leave him here, leave him here.”
Ans: Running behind them crying Leela requested not to take him. She repeatedly told them to leave him there.
14. Mr. Sivasanker’s wife asked, “Any news of the jewel ?”
Ans: Mr. Sivasanker ‘s wife asked if there was any news of the jewel.
15. “What a rough fellow he must be !” said his wife with a shiver.
Ans: His wife exclaimed with a shiver that he must be a very rough fellow.
16. “How did it get into the tamarind pot ?” Mother asked.
Ans: Mother asked (Leela) how it had got into the tamarind pot.
17. “Did you put it in ?” asked Mother
Ans: Mother asked (Leela) if she had put it in.
.Why should not Sidda sit in our chair, Mother ?” Leela asked.
Ans: Leela asked her mother why Sidda should not sit in their Cnail
19. “Why didn’t you say so before ?” Leela’s mother said to Leela.
Ans: Leela’s mother asked Leela why she had not said so before.
20. Mr. Sivasanker said, “Didn’t I tell you that I saw her carrying it in her hand once or twice ?”
Mr. Sivasanker asked if he had not told her that he had seen her carrying it in her hand Once or twice.