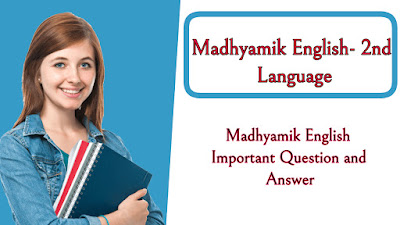 THE PASSING AWAY OF BAPU:

1. Why was the author numb with shock?
Ans. The author was numb with shock to hear that Gandhiji had been
shot on his way to a prayer meeting
2. What could not the author and the other acquaintances of Gandhji accept?
Ans. The author and the other acquaintances of Gandhiji could not
now accept that the man who had led them over so many difficult
paths, was never going to walk with them again.
3. Why did not people weep any more?
Ans. People did not weep any more as they felt the presence of Gandhiji
amidst the flowers and the bhajans.
4. What did the author feel when she returned to Delhi?
ns. I he author felt unprotected as if the magic circle that had
surrounded her so far was gone.
.What did Bapu do for the common folk of India, according to the author?
s. ACCording to the author, Bapu brought them out of indifference
and awakened them to one another’s suffering
6. Why did Gandhji prefer walking?
Ans. According to Gandhiji, to walk was to make slow progress and
to think with clarity and closely look at all around. Gandhiji took this
common place necessity and transformed it into a joyful effort.
7. How did the author feel on her return to Delhi?
Ans. In spite of not taking part in any of Gandhji’s activities directly,
the author felt at sea. She felt the magic circle in which she had grown
up had vanished with Gandhiji’s death,

1. How does he make his presence felt in the assembly?
Ans. He makes his presence felt in the assembly by purring noisily
and rubbing himself against the legs of the family members.
2. Why is a cat particularly civil to the guest?
Ans. The cat is particularly civil to a guest as he knows that the guest
will presumably get the best portion of what is offered.
3. How does the cat react to the strokes of the guest?
Ans. The cat gets tired of the strokes. He puts his claw up to scratch
the leg of the guest silently and firmly
4. What does the guest really want to do with the cat?2
Ans. The guest really wants to kick the cat out of the window.
5. Where does the cat retire with the food?
Ans. The cat retires to a safe distance from the guest’s boot with the food.
6. When does the ‘true life begins for a cat?
Ans. True life begins for a cat when the family gathers round the fire
after finishing tea and the cat goes out of the room casually.
7. Why does the cat stretch himself a few times?
Ans. The cat stretches himself a few times to inspect if his muscles are
fully active.
8. Where do the cats go for sport as they grow older?
Ans. The cats go to the suburban backyards for their sport as they
grow older.
9. Why is the suburban backyard a favourite ground to the cats?
Ans. The suburban backyard is a favourite ground to the cats as, the
common people consider the place to be dull.
10. Why does not the cat like to leave his known place?
Ans. The cat does not like to leave his known place because of his
friends and companions. Besides, he knows every nook and corner of the
place. He will have to learn a new geography if he goes to a new place.

MY OWN TRUE FAMILY:
1. What did the old woman begin to do?
Ans. The old woman began to laugh in a shrill way.
2. What did the child begin to do at the woman’s cackle?
Ans. The child began to tremble in fear.
3. In what sense was the poet child twice awake?
Ans. On his first waking, the poet saw the old woman and in the next
phase of his dream he woke up to see the tribe of oaks surrounding him.
4. What happened when the old woman open her bag?
Ans. When the old woman opened her bag, the child found himself
tied to a stake and surrounded by a tribe.
5. What condition did the old woman and the tribe lay down to the
child to save himself?
Ans. The old woman and the tribe compelled the child to make a
promise that whenever he saw an oak tree felled, he would plant two
0ak trees as compensation.
6. What would happen if child did not keep his promise?
Ans. If the child did not keep his promise, the black oak bark would
wrinkle over him and root him among the oaks.
7. How was the child altered?
Ans. When the child came out of the oakwood, though his walk was
of a human child, his heart seemed to be a tree itself.

SEA FEVER:
1. What does wheel’s kick refer to?
Ans. It refers to the force of the wheel against the helmsman’s hand.

2. What does the wind’s song refer to?

Ans. It refers to the rhythm of the sea wind whistling by.
3. How is the call of the running tide?
Ans. It is loud, clear and irresistible.
4. What happens to the sea-bed as the ship moves?
Ans. There are flung spray and blown spume on the seabed as the
ship moves.
5. What kind of life does the poet aspire to?
Ans. The poet aspires to a vagrant gypsy lite.
6. What is the sea-wind compared to?
Ans. The sea-wind is compared to a whetted knife.